Press release from July 2014 issue of Out On The Town Magazine.

"John Corabi, Mark Evans & Anthony Renzulli Unplugged August 2nd, At JC Dobbs On South St. On Saturday August 2nd John Corabi will be returning home for an unplugged headlining performance at the Legendary JC Dobbs.
Corabi was born, and raised in Philadelphia, heading to LA in the 80’s chasing the rock and roll dream, that he would actually catch up to. John Corabi is one of the most talented singers and songwriters to ever come out of the hard rock world. Whether it was with the Scream, Motley Crue, Union, or any of the other amazing recordings that he has been a part of, John's distinctive voice and emotive song writing can not be matched. With a past as colorful as John's, his future is what is most exciting!

In early 2006 he began writing songs with writers in Nashville for some of the biggest names in country music, and has found time to write several TV show treatments, that are currently being
pitched. John released a new album, simply titled "Unplugged" with Rat Pak Records and is currently working on an all new electric album that will be released exclusively via Rat Pak Records. Mark Evans is a founding member, and the frontman - vocalist of Columbia Recording Artists Heavens Edge. Mark has been performing on the national, and local scene for many years with the groups MONEY, Network, and The Pack. Heavens Edge reunited last fall for a sellout appearance at the World Café Live, in Philadelphia. The band continues to do select dates. outside the area, and we may get to see a local encore performance later in the year. Anthony Renzulli is a singer-songwriter from South Jersey. He is the lead vocalist, songwriter and guitarist for the Anthony Renzulli Band. Anthony has showcased his talents in front of the likes of Jon Bon Jovi, Grammy Award winning producer, Obie O'Brien (Bon Jovi Camp) and E Street Band guitarist, Stevie Van Zandt.

John Corabi, Mark Evans, and Anthony Renzulli performing unplugged together is one of the best lineups I’ve seen in years. This will be an amazing, and very memorable evening at JC Dobbs, 3rd & South Street – Philly. Advanced tickets are advised, and a bargain at $15.00. Day of show tickets will be $20.00, if available, so get them now. The Legendary Dobbs 304 South Street Philadelphia, PA 19147."
**This is not a BEI event**

All info has been posted at www.IWantMyRock.com 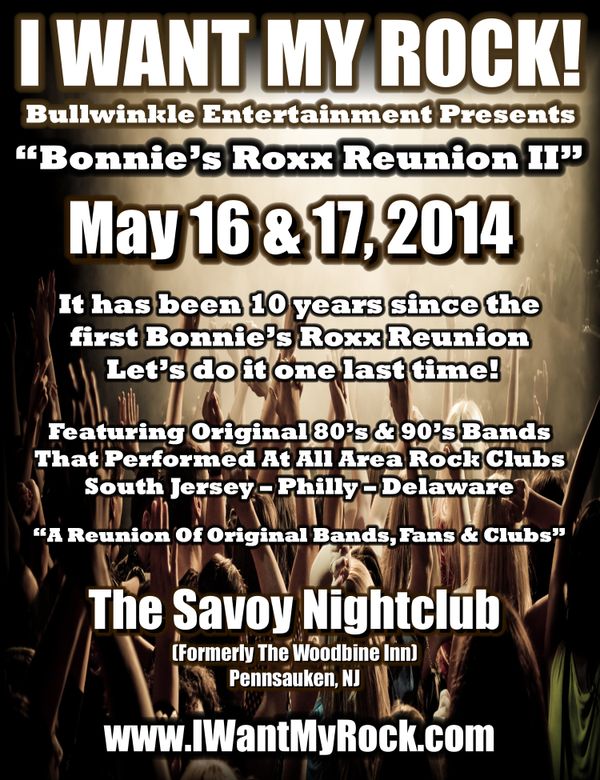 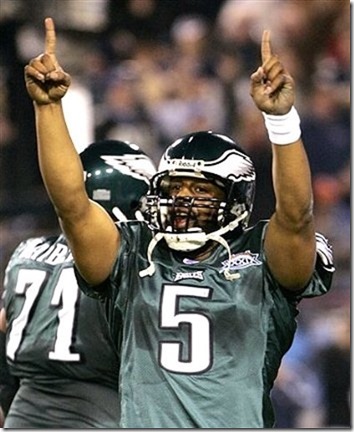 Donovan McNabb will be your host for the Official VIP After Party!
One of the Hottest DJ’s around “DJ Tommy Daz” will be spinning pregame starting at 7pm, and during the VIP After Party!
This is a once in a lifetime party. The Celebration of Donovan McNabb’s career, and his retiring as a Philadelphia Eagle. Come out early - Get in FREE from 7pm -10pm - watch the game, and enjoy great early “Birds” drink & food specials. After the game the Real Party Starts! There will be a special souvenir giveaway to the first 200 people arriving early starting at 7:00pm VIP Table seating & Bottle Service available with advanced reservation.

Plenty of FREE Parking - multiple bars - large dance floor - state of the art sound system
After the game head over. The Savoy is less then 20 minutes from Lincoln Financial Field, and 5 minutes from the Tacony–Palmyra Bridge. Open till 3am! Alternative Rock cover band, Goodman Fiske will be performing live!!

This is your chance to show some love, and hang out with Donovan McNabb, and his VIP Friends. The Greatest Eagles Quarterback Ever!

BEI is seeking interns in the PA, NJ, DE, MD and NY areas.
As an intern you will represent BEI scouting, and discovering local original bands, and musicians.
You will attend shows, and seek out original artists for live performance consideration.
In addition, you will be working with local clubs, and media outlets, establishing a working relationship on behalf of BEI.

Email your interest to Employment@BullwinkleEntertainment.com